My Connections with the Ocean and the Sea by Jayden

Personally, we needed to use our prior knowledge on our inquiry topic and think of different things and ways the sea means to us and our community, Take a look!
Posted by Ms Aireen at 10:17 AM No comments:

Vocabulary Display Related to The Sea by Darwin

This task indicates the different parts of the sea and some information about the seas/ uses of the sea. Also it includes abnormal sea creatures that live in the depths of the sea. Take a look!
Posted by Ms Aireen at 10:40 AM No comments:

The Ocean by John 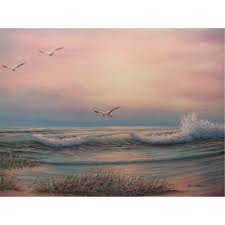 A massive expand of crystal clear water was all I saw ahead of me with a teenie weenie sailboat proudly sailing along with it’s small white sails catching the little sea breeze. This same breeze blows against my skin, keeping it pleasantly warm  in spite of the slow fading sun, making me feel like it is hugging me warmly.

The beautiful colour which seems to be a mix of orange and pink fills the dark blue sky and colours the puffy white clouds. The calm ocean reflects this amazing colour in the way which only it can. The waves gently fall on the the sandy shore, slowly breaking then receding, always in a funny way touching my toes.

The smell which these waves produce is not fishy and disgusting as it sometimes is but rather soft and a little salty which is just so luscious. The seagulls circle in the air, occasionally landing near me. One seagull dives from the air only to lift itself back up again as it nears the water, making a small v shape in the water behind it. I find myself thinking that perhaps this is the most beautiful place in the entire cosmos.

This is a descriptive writing that is about the ocean and the 5 senses.
Posted by Ms Aireen at 2:41 PM No comments:

Deandra's View of the Sea 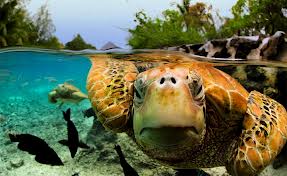 I noticed the beauty of the graceful sea creatures as they soared through the water like how birds would in the sky. I heard the whispering cries of the sea as she urged me to come in. I could sense the salty air as it flows through me as a gesturing aroma of home.

I caught a hint of salt water on my tongue as I drew nearer and nearer to the lapping waves, I felt the cold water send shivers down my spine as I waded knee deep through the clear crisp water. The water surrounded me like a protective shield against intruders.

Dutiful fish were swimming frantically up and down the channels looking and scavenging for food as well as avoiding predators. A lonely turtle struggles to find it’s way through a swarm of fish but somehow it senses my presence and turns to the right direction.
When I hear the splashing of fish, I think of playing children.

When I see exotic marine mammals  playing I think of mischievous monkeys. When I can smell sweet, sensational aromas I think of mouth watering food. If I feel the tail flick of a fish then I think of a feather brush stroking my leg, and when I look upon a beautiful coral reef fish I think of my family. As I tasted the saltiness of the ocean water I think of the ocean as my peaceful home of tranquillity.

Jayden't Writing Description about the Sea

For this task we needed to create a piece of descriptive writing that relates to this terms inquiry topic which is 'Tagata O le Moana', Take a look! 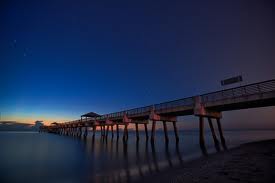 Waves march against the sand as they scream for war before being forced to retreat from their march as they grasp for the remains of life before them. As the beacon of sunlight shines upon the scraps of driftwood and seaweed, the wrath of the army wasn’t over as the tide began to close in on the remaining grains of sand. An unfought war was nearly over.

The bitter air foretells the approaching storm; there to celebrate the endless victory of the ocean. An aroma of salt-water indicates the tide’s cycle nearing it’s end, like a phoenix at the point of rebirth. The putrid smell of the moss gasping for a breath of air as the sun sets across the horizon.

Engines moan at their driver’s as they return to whence they came. Crashes and smashes show the water trying to seize the land. Although the beach was empty, you could still hear the crying of the birds scavenging the remains. The water was tainted a slight green hue, this was a cause of waste and pollution already starting to take effect.

The rusty surfaces of the railing are blocked from the slight touch of the steadily increasing power of the wind, sweeping the dust off my skin and revealing goosebumps hiding under the layer of dust like a cave exploiting it’s coal. A treasure chest without a lock.

Rain taunts the tip of my tongue as it freefalls from the sky. The insides of my mouth are begging for a drink as the dehydration nearly causes me to succumb to the thirst. The taste of fish overcomes my taste as I stare into the empty, moonlit sea. It was time to go home.
Posted by Ms Aireen at 2:32 PM No comments:

Today for Term 3, I've designed a poster of our learning unit for this term, 'Tangata O Le Moana', its all about the Ocean, and how it lets us, every other animals and living things on Earth live and strive.

Without the Ocean, theres no water, without water we all die. We should all be thankful it gives us food as well. Caring for our sea is important to our own selves.
Posted by Unknown at 10:12 AM No comments: