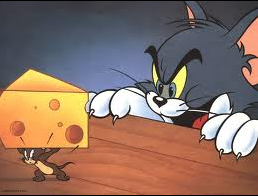 This is my narrative story. I had to write a story for homework based on a picture of a cat, mouse and Mickey mouse. Here is my story:

One day mickey mouse was walking through the forest and came across Tom the cat and Jerry the mouse.Mickey saw that Tom and Jerry were fighting so mickey went to help.

Mickey Took the Cheese and cut the cheese in half and said now you guys can share. They thanked mickey and everyone was happy.
Posted by room7 at 2:58 PM 7 comments:

Chardonnay is an 'inference' detective!
Posted by room7 at 2:46 PM 1 comment:

Today I read a story about Best Friends .This story is a play. We are practicing our presentation skills as this will help us prepare for our movie making project next week.

The character I play in the story is Rabbit she is scared of the dog but she finds out that dog is friendly.
By Leigh-Amber 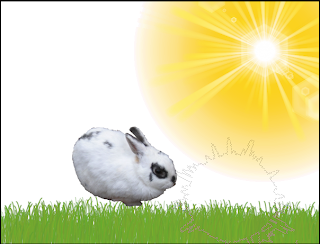 The topic we are studying this term is 'Move Magic'. We started our writing this week with a class brainstorm about different key messages we could include in our movies that will inspire our audience. Here is our brainstorm we created using lucidcharts.com. 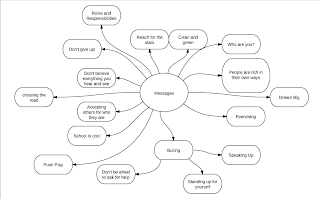 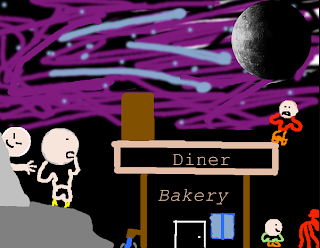 In a far away town called ‘Rocky Bay’ there lived only eight people. This town was quiet and creepy. these people lived normal lives doing normal things everyday like going to work, shopping at the mall and taking their pets for a walk.

One scary night bad aliens and devils were traveling all the way from mars and they discovered ‘Rocky Bay’. One of the devils on the ship said to his friend, who was a ghost, “Hey Ghostly your the first one to get out so go and hide behind that tall rock”.
“Ok”, replied Ghostly. So off he went with Billy.

When they were hiding behind the rock Billy could not stop laughing “sshhh! You are going to wake up the town” Ghostly said to him
“ok” Billy said
“bhbh ahahahahahaha!!” he made it even worse and worse “shut up man” Ghostly whispered angrily.

Then suddenly the town lights went on “ohh no!” Ghostly said with fear.  Then they both ran back to the ship.
”What was that” the bakery owner said to himself. Someone came “I have no idea?” he said, “but by the way can i have a mince pie” “sure” said the bakery owner. So he gave it to him, and he went to the top of the roof of the bakery. When he got there there was people trying to rob the bakery but he did not care he just got happy. So when Ghostly and Billy ran back Billy was fired for laughing and for waking up the town “so its up to you Deves”Ghostly said “of course you fools”Deves the devil said,so off he went. As he got out of the ship he did not hide like Ghostly and Billy did he just showed his self “oooooo! pass me your souls hahahahaha!”.”What on earth is he doing” Ghostly said “hahaha I don't know” Billy said “OK! were off to see what hes up to” said Ghostly so off he went. When he got out lots of people’s were shouting and screaming in a fright “whoo! go Deves” Ghostly shouted” “what are you doing” Deves shouted back “helping you because this world is going to be ours ahahahahahahaha!!”.Soon as Deves and Ghostly were destroying the world,Billy started to drive the ship he was going to land it in the middle of a war and he was also going to kill someone. “What are you thinking!!” Deves said “ your going to stop the war!” “MOVE THE SHIP NOW!!” “no! im Billy and im smart”, then Ghostly flyed up to stop the ship “let go” Billy said then finally the ship landed on the ground and everyone got away then Deves wheels brook off.”nooo! my wheels! help me you fools!” then they all got away to get weapons soon it was quite.
Posted by room7 at 4:32 PM 3 comments:

The Name of the Island

WALT write a narrative story based on our artwork. 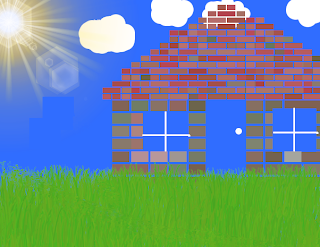 Once, in the Island, there lived three boys named Joseph, Jeremy and Jerome. They were at a beach relaxing on the summery sand. Besides, it’s all blistering hot like the sun is like coming towards them, so all of the village people always go to the beach. They went for shade, had cold fizzy drinks, and some played volleyball. “Aahhh, this is the life.” said Joseph, “Yeah, tell me about it.” replied Jeremy.

While they were having fun in the beach, a volcano started to shake and erupt, causing the molten lava to cut through the thin waters and burning all of the humans and dismantling them to pieces! “ We need to get some help, fast, before all of the land we live, will not even exist!” cried Jeremy while looking at the lava anxiously, “Well, all I'm thinking of is lots of our water” said Joseph, “But, we left ours on the sand and now they must be millions of miles in the sand somewhere” exclaimed Jerome while the molten lava gets closer and closer to the surface.

But then, Tangaroa came out of the waters (because they live near New Zealand) and he made lots of waves to make destruction to the sweltering lava. He made lots and lots of waves and it swooped down to the lava and it crushed it so much, that it went down to the bottom of the sea (or ocean). The people were saved by Tangaroa and they were running and skipping around the beach happily.

Meanwhile, Joseph was smiling and said, “This must be a beach miracle from our shores, and the mighty gods of waters saved us all.” and the three went back to the beach, lying down on the cool, warm, sand. Until, a report from the media says “News update, for some reason, lots of mysterious people have been appearing on the beach lately.” The next day, when the boys were watching television, Jeremy was watching and then suddenly, the Prime Minister was on and said, “Ever since the mysterious people have been coming here from our shores, I will now call this island, Mysterious Island, and no one, not even me, will ever change the name of the island. Finally, the boys (now men) have remembered the name from the time it was named. Then, years later, there grandsons took over there places and they even look like them. Now, the three men should have learnt right before then, that they were supposedto stay inside in their house while the heat blast was coming through so they won’t join in with the panicking or else, Tangaroa wouldn’t come and they would be the only people not going to the beach.
Posted by room7 at 4:25 PM 1 comment: 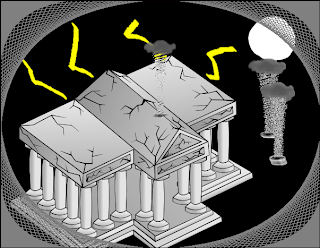 WALT write a narrative story based on our artwork.


In the olden  days before Halloween, somewhere in America  there were 3 kids called Carroll, Alex,and Sam.Carroll is fifteen and Sam and Alex are fourteen years old. Alex is a boy and Sam and Carroll are girls.The two girls looked like two beautiful queens as if they were drama queens  and Alex looked like a king.

One day Sam went to pick up Carroll so they could  go pick up Alex. It was not long when they got there and Alex was standing outside waiting for the two girls to come. Alex and Carol and Sam  went inside and Alex’s mum offered the girls and Alex a glass of juice.

Once they had finished their drink they headed outside and went for a walk to go to the beautiful house. When they got there it was almost night time and Alex told the girls what happens on new moon. He went on telling them that the house will get cursed and that it might turn haunted. So the three kids went back home and got ready to go to bed to have a good sleep.

The next day it was a day that the 3 best friends went to the beautiful house and go inside and meet the people who lived in there. But when they got there Alex was right it was cursed,“OH NO’’ shouted Carroll,“Its cursed". They all walked back to their houses sadly on the way back.

Carrol and Kimmy saw something bright in their eyes, “OH MY GOSH I CAN SEE TWO GHOSTS!” shouted Carroll and Sam. They started to yell and run and Carroll ran inside her house but Carroll could still see the ghost.At the house Sam could see other ghosts. These ghosts killed both their pets .They had a funeral for their pets,and it made them very sad.

At night time the three best friends set out and went for a stroll to the house that had been cursed the night before. When they got there it was nighttime and the two girls could see ghosts,demons,zombies hands reaching out of the graveyard and vampires and spiders and snakes with blood on them on the walls and inside. The 3 best friends went inside shaking.

Suddenly,one of the zombies came running after Alex and Sam quickly got her book of haunted and read it, and found 18 primary road and read the words out loud and said ,“ Every new moon the house will get cursed and will turn haunted and ghosts will be around you , and zombies will be chasing, vampires will be sucking and you will be screaming to DEATH!.”

After she read the words in the book Alex came back with a huge red and black scar over his face and he had one large scratch on his leg and he had blood all over and he talked like a zombie. Then Carroll screamed and said crying ,“My best friend has been attacked by a zombie”, and that’s what Sam said with her.

Then something creepy happened and Alex turned into a zombie. Alex chased the girls down the street and through other roads and they were screaming.While they were doing battling to get away from their friend that just left them like trash and chased them there was a man that heard the two girls his name was Link and he came out with a big gun and shot Alex in the head.“Thanks but now he is dead” Carroll said “ No he will come to life again", said the man.

Then Alex came alive again. Alex rubbed his head as if he did not know who he was he did not know anything that happened to him he did not know he was a zombie,”What am I doing here?”, he asked Sam said, “It’s a long story we will tell you later”and they did.

When Sam told him he first of all did not believe her but when Carroll showed him a scratch on her arm he did. Carroll,Sam and Alex learnt a lesson and never went back to the house again.
Posted by room7 at 4:17 PM 1 comment: